The Cato-Meridian National Honor Society (NHS) recently inducted 15 students in a memorable ceremony, where they were recognized for their exceptional character, scholarship, leadership, and service.

On Thursday, March 24, students and their loved ones filed into the rows of the auditorium and were welcomed by current NHS President Abigail Kennedy. NHS advisors Bridgit Johnson and Veronica Gloo praised the students for their outstanding success both in and out of the classroom. Dr. Terry Ward, Superintendent of Schools, echoed their remarks.

"The potential on this stage for our world in the future is amazing and exciting," Ward said.

Cato-Meridian Board of Education President Paul Byrne and Junior-Senior High School Principal Amy Molloy added that these students have overcome so many obstacles during their high school careers, specifically rising above the challenges of COVID-19 to achieve greatness.

After the ceremony, inductees and their families were treated to a reception in the lobby. 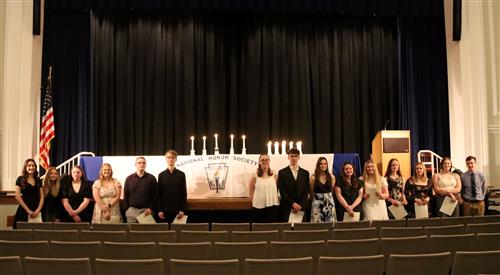 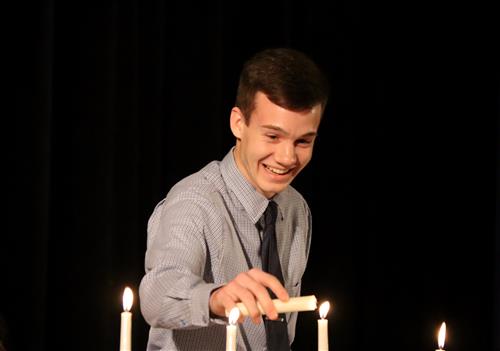 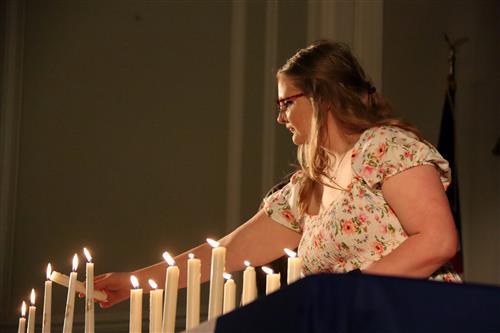